When the Bear Rolls over? 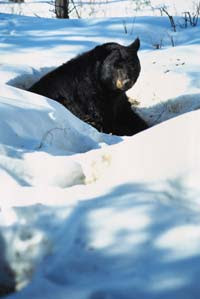 “Heikinpaiva” It means when the bear rolls over in the den. What it really means is that the bear is snoozing in his den, half-asleep,suddenly senses that the winter is half over.Time to roll over on the other side. Winter has passed very quickly it seems this year? The Heikinpaiva festival was in Hancock Michigan last weekend. A Finnish festival with all sorts of events. I saw the comment when the Bear rolls over in a Upper Michigan newspaper and thought that is a nice comment for winter half over. Happy for some and sad for others that want snow for skiing.
No comments: 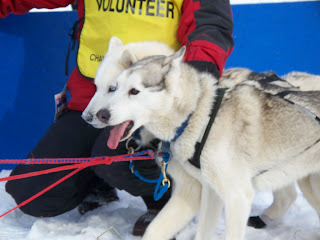 First weekend in February is a big race event in Bayfield.
http://bayfield.org/festivals_events_sled_dog.php
4 comments: 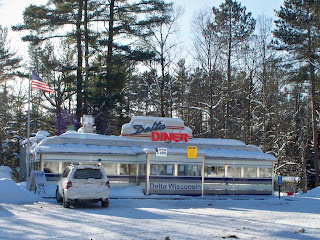 Off the beaten path a bit just south of Iron River Wisconsin is the Delta Diner. It's a very busy place at lunch time even in the winter. It even looks nicer with snow surrounding the diner.
http://www.deltadiner.com/
2 comments: 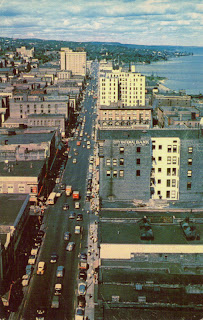 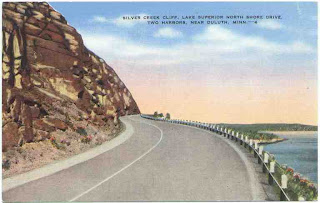 I have a postcard collection that I've saved for years. I really enjoy looking at the old postcards and recalling back when. I was never in Duluth in the 1960's shown in the postcard, what a really neat shot right up Superior Street heading north. I was however North of Duluth and went around Silver Cliff before they built the tunnel thru it. I recall my first trip up the North Shore
and just how exciting it was to us.
No comments: 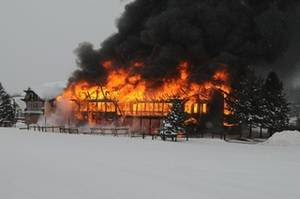 The PowderHorn Ski Lodge was a total loss today after a fire started in the kitchen.
No comments: 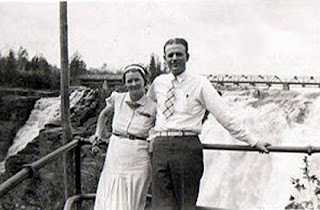 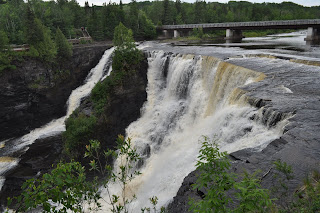 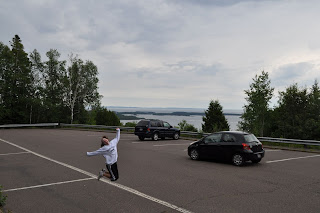 One of the little adventures this summer was to seek out the place a picture had been taken of Grandpa and Grandma. There was no information on the photo but I knew they had driven up the Northshore of Minnesota as Grandma once talked about going to Port Arthur Ont. Before Thunder Bay Ont the two cities of Fort Williams and Port Arthur were side by side. They joined together to create the modern day Thunder Bay Ont. So searching out waterfalls in the area I found Kakabeka Falls. So the little adventure was complete this summer. We visited the waterfall just over 70 years after Grandma and Grandpa did. Some kids do get excited about trips and jump for joy.
http://en.wikipedia.org/wiki/Kakabeka_Falls
No comments:

Yet another live cam 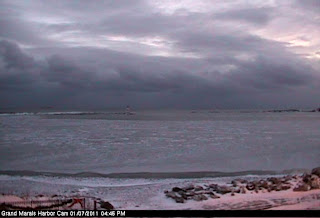 Since I was on the compter all day I took some peeks at favorite spots on live cams several times. Pictured is the Grand Marais live cam and the harbor. Icy and grey with threatening snow clouds over Lake Superior. Looks cold doesn't it? Even with that thought I'd rather be there right now. I'd go right into the Cafe and have something to eat at that great location.
In Grand Marais by the harbor:

Sunlight on the Light

Sunlight shining on the Duluth Canal Light this afternoon. It's wonderful while working to check on a favorite place via a Live Cam. I've never stayed at this Bed and Breakfast but think I might have to do so someday. It has the great spot. So thanks to them for their cam. Click on their link below to check out their B&B. I think they deserve the attention for providing me with a Duluth fix when I need it during the day...... 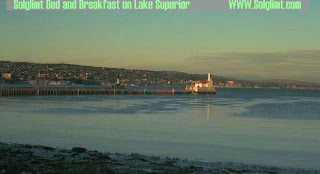 A moment in time captured 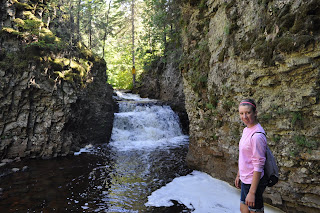 A wonderful week long vacation and a secret waterfall somewhere on the North shore of Minnesota. A young girl really enjoying herself and the joys of exploring waterfalls that few ever see. A moment in time captured and kept forever. Do you remember when? I can't believe how young I looked! Wasn't it all so great. Take a few thousand digital pictures each summer as you will never regret it. In the middle of the winter you can scan them and make plans for next season. Does anybody have any guesses where this waterfall is? I'm not sure it even has a name? Sorry no prise for correct guesses but the pride of being correct.
2 comments: 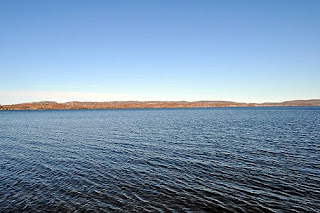 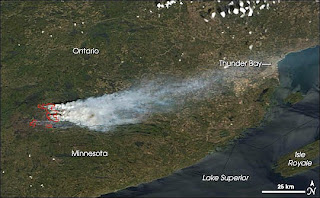 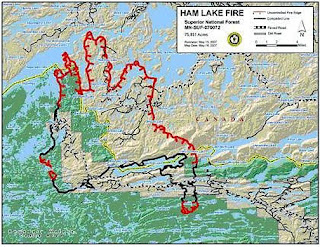 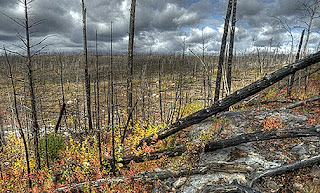 In May of 2007 a unattended camp fire caused the largest forest fire in Minnesota history. Three years after it occurred I visited the fire area this past year. It was a very sad scene indeed. It still looked like it happened yesterday. There is growth and underbrush but the stumps and burned trees remain. I drove to the end of the Gunflint Trail and took a picture across the lake.Nothing but rocks and barren land on the other side of the lake. After I returned home I did a bit more research and found a story even more sad then the fire. A man that couldn't deal with the fact he left his fire unattended or not completely out:
A 64-year-old Northwest Washington man who was charged with causing the largest wildfire in Minnesota in 90 years apparently shot and killed himself yesterday in his back yard.
A retired federal employee and former advisory neighborhood commissioner, died at his home on Windom Place, according to police sources and his lawyer.
The apparent suicide came the day after a federal magistrate judge in Minneapolis denied motions challenging key aspects of the charges filed in the 2007 Ham Lake fire, which burned for days, destroying more than 75,000 acres.
No comments: