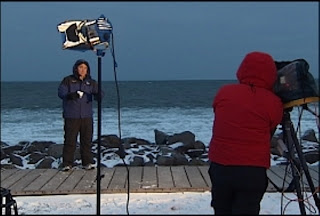 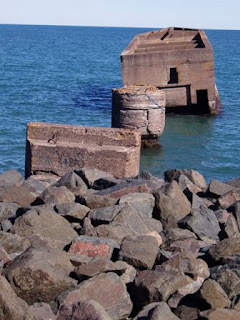 Mike Seidel in Duluth not to be confused with the Mike Seidel on the UMD Bulldogs.

This was Mike Seidel of Weather Channel fame.

He reported in front of the Inn on the Park and gave great National attention to Duluth today. He spoke of Uncle Harvey's Mausoleum which has a marker telling the story of the crib on the lake walk.

A sign near the ruins describes the building as a business venture gone bad. It was constructed in 1919 by Harvey Whitney, the locations' namesake to be used as a sand and gravel hopper to support the booming industrial expansion in Duluth, MN during that time. After just three short years, it was abandoned in 1922.

Also some great shots of huge waves and the lighthouses. I really enjoyed watching Duluth on the Weather Channel today. Really gave good National attention to a wonderful city.
No comments: 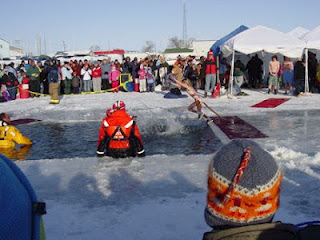 The Polar Plunge in Bayfield Wi. During the Winter Festivial.


I thought I’ve not posted for awhile but what is happening? Well I did my Sunday surfing and a lot is happening. Firstly the Northern Lights are very active this year. A photographer from Grand Portage captures aurora images very well and has been on WTIP radio talking about it a few times. Click on his website link below to see the pictures. Second the below average snowfall has had resorts doing a lot of advertising on Face book and on their web pages. But fear not, tonight the North Shore has a nice winter storm. Plenty of snow for XC skiing and downhill Skiing at Lutsen and Spirit Mountain. Winter is not over yet. The winter festival is next weekend in Bayfield WI and a few events were adjusted for conditions. The run on the water will be run on land this year. Unsafe ice conditions.They will have their polar plunge of course. Always fun to watch.
Active Northern Lights tonight:

I can’t help but stare at these daily Satellite shots with awe. All those frozen lakes and all that unpopulated land. Wild unspoiled land really still exists in the Upper Midwest. Pure water and fresh air galore. It is very inspiring to me. I’m making reservations already for cabins this year. Waterfalls, summertime hikes and fall colors. Much to look forward to this year. 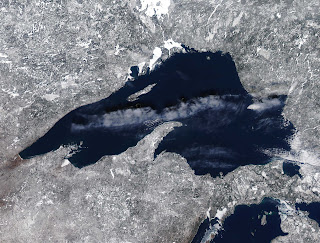 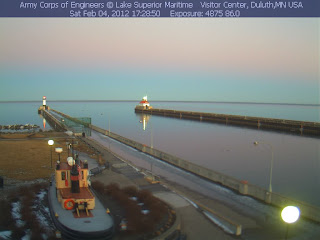 Apparently in Europe and the Western US. But not in the upper Midwest. The live cam down at the Canal in Duluth shows what looks like April. Water like glass instead of ice.
No comments: 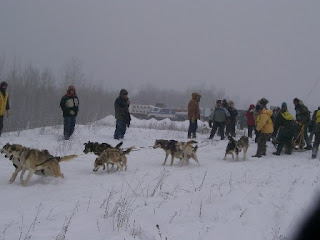 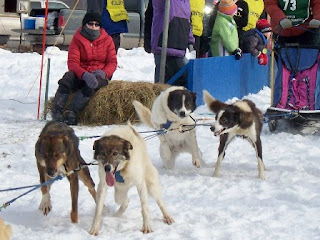 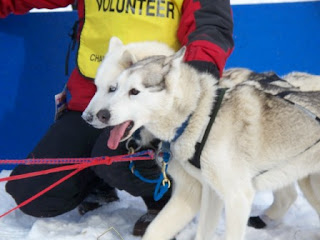 The snow is a bit thin in spots but there is 5-6 inches on the Bayfield Peninsula and the race goes on! This is the winter of little winter but it's not stopping the folks in Bayfield.